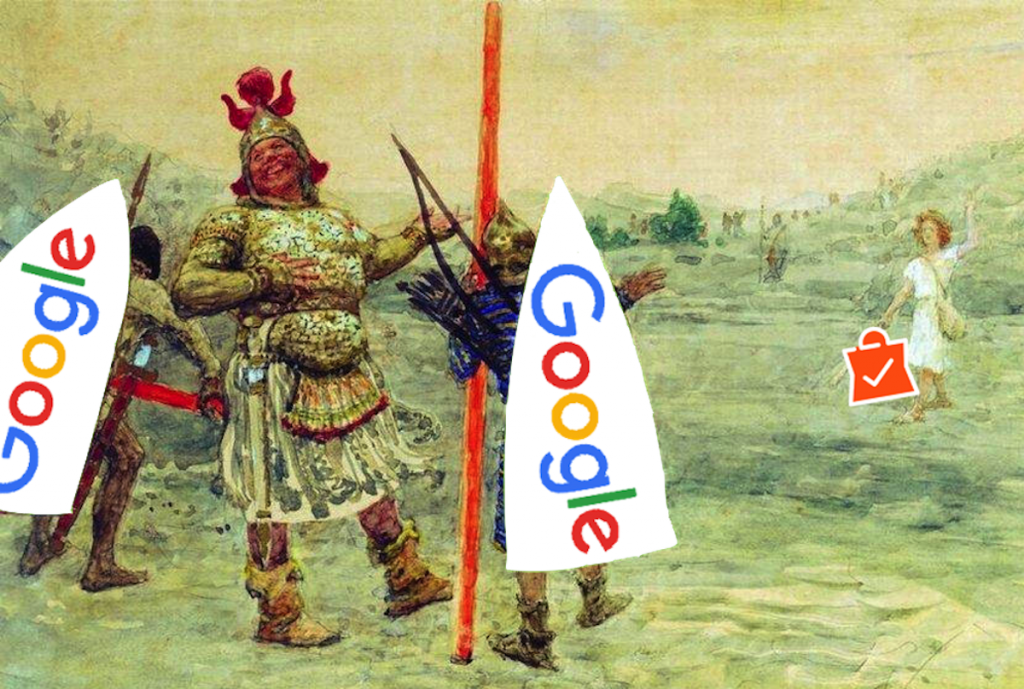 It may be that Google and Apple make it easy for IT startups to publish apps and make money. But at any moment, they can decide to twist the throat of a startup. Read on to learn what happened to Grosh, the intelligent shopping app startup, after Google sent out “fake ads”.

How to earn money on an app

App developers can earn their own money, and one of the easiest and most often used methods is to show ads in the app. In addition, there’s usually a paid version of the app, where a significant driving force behind the purchase is getting rid of ads. 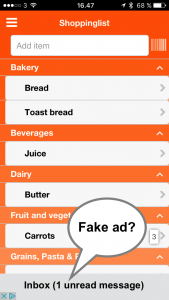 The single most important thing for a startup is to listen to its users. What do they like, what do they miss,are there any problems you need to solve? At the Grosh team, we learned there were some misleading ads being shown. You may also have seen similar “fake ads” saying “Inbox (1 unread message)” or something like that. You think it’s a message to you within the app but then get redirected to some website. Advertising agencies like Google are uncritically publishing these such ads and luring users to more or less suspicious websites.

An illustration of the fake ads is shown to the right. This is a reconstruction as we never managed to get a screen shot. However we have emails from our users describing its appearance accurately.

After the inquiries we needed to look at these inappropriate ads. Since these “fake ads” tell nothing about what’s being advertised, we needed to click on them to come across to the problematic websites. Once you know them, you can report to Google that you do not want to promote these specific websites.

.. and is severely punished by Google

What happens then? An email arrived early this morning (on a Sunday!) from Google. They tell us that they have closed our advertising account because there’s a breach of terms. No more details – they’re automatically shutting down our business just based on an automated process!

After quick analysis, we find that the problem must be that we have clicked on “fake ads”  in own app a couple of times which is indeed a breach of terms. But we needed to do so  in order to identify and remove the inappropriate “fake ads” Google sent out.

We’re still waiting for Google to respond to our complaint about the shutdown. Maybe you and others will help spread the story and that will wake them up?

Please help us spread the story!

UPDATE Sep 8 2017: Still no response from Google to our appeal , so we’re moving to another but much smaller ad banner vendor today to at least get some revenue generation going again. Still hoping Google unblocks us though.